Skip to content
Spread the love
One of the skills I’ve noticed some of the best “naturals” have is they are able to quickly pick out the women who are “hungry” to hookup.
It really is a skill.  And mastering this skill can make huge difference in how many times you “close the deal”..
Below is a pretty in-depth article by Josh Pellicier about how to spot these women. 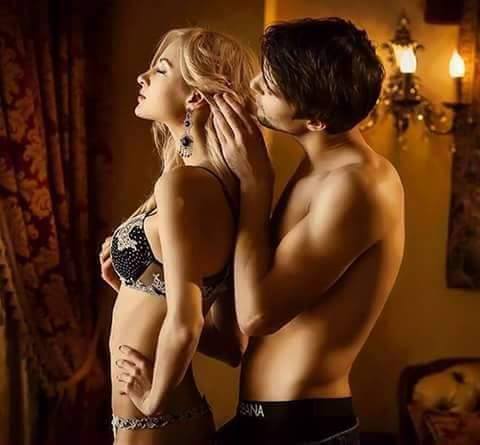 ——————————————————–
How to Spot Women Open for Instant Makeouts
There are a few excellent indicators that will (especially in a bar atmosphere) tell you if a woman is game, or ready for an instant make-out session.
What To Look For
The first indicator is a woman looking down often. When a woman looks down often, she is accessing her emotions.
Let me explain… When we look in different directions, we access different parts of our brain. These are called “Eye Accessing Cues.”
When a woman is in a bar setting and looking down, she’s accessing her emotional brain.
If she makes eye contact with you, looks down then back up again, she’s saying:
“I have an emotional response to you looking at me and I’m looking down.”
And if she tilts her head down as well (and doesn’t just use her eyes to look down), she’s physically dropping herself a little bit lower and showing submission.
This gives you the ability to walk up and be the dominant man.
————————————————
In  my newest video I explain the exact attitude you should convey when first meeting a woman.
==>  Watch it here
————————————————-
Now, if she looks at you, smiles and doesn’t look away, this could be a lot more difficult situation.
Socially, she’s meeting you head on, and not showing immediate submission.
Women who you’re going to be able to walk up to and make out with in 40 seconds or less should automatically take the submissive role as a woman.
That’s one quality which shows you’ll be able to quickly make out with her.
Another quality is that she’s actively looking around to make eye contact. This is crucial.
A woman who is engaged with someone specifically and she’s not looking away is not going to be as easy to seduce in 40 seconds or less. It’s going to take much longer.
Again, you’re going to have to play a totally different kind of game when you walk up. You can’t just walk up and make out with her.
So instead, if you see a woman who is in a conversation but she’s constantly looking around and trying to make eye contact with a lot of people, this is probably a very, very likely opportunity for you and that’s a woman you can walk up to and immediately become sexual with.
Other traits are revealed in the way they’re moving and how they’re dressed.
Let’s say she’s standing with her feet about shoulder-width apart. It’s less likely that a woman standing like this is going to be available for you to walk up and dominate.
That’s because she’s standing in a dominant position, with stronger body language and she’ll probably be a lot more resistant.
Instead, you want to find a woman who takes up less space. She has her legs closer together and seems to be outside of a group, looking around a little bit.
Another thing is the way she’s dressed. If she’s dressed in a way that’s super flashy and attracting lots of attention, she probably isn’t the kind of girl you can walk up to and make out with in 40 seconds.
This kind of women is looking for attention – not for someone to dominate them.
What you want is someone who’s in between “I don’t care”  and “Stare at my tits, bitch!” Somewhere between wearing sweatpants with an elastic waistband
to the bar and done up really, really beautiful and sexy with a really low-cut shirt.
You want to find someone who’s in between those two extremes.
A lot of women who are on vacation fall into this realm. They don’t want to over dress or under dress, and don’t know how the bar atmosphere is going to be.
They’ll usually come in open-minded, and start looking around trying to make connections. This is an excellent situation for you (and her, of course).
That’s what to look for and how you spot her in the first place. If you see some of those, you want to watch her for a second. If you think that she is the kind of person you can walk up to and do this, then proceed.
If not, I’d actually suggest you proceed anyway, just to see what happens.|
To see the exact attitude you need to have I put together a video where I reveal some Jedi level stuff for attracting women
Take care!

Tags: hook up woman how to attract woman How to Hook Up how to hook up women